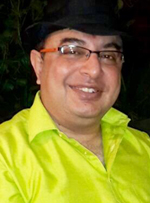 Dr Sanjay Arora is a Cranio-Sacral Dentist, a branch of Dentistry dealing with subjects of TMJ(Jaw Joint), Dental Occlusion and Myology, at the most advanced level within dentistry. This cutting edge science is at the absolute frontier in dentistry and has undergone development at the hands of the leading scientists for over 75 years, mostly in US and Germany. Parts of this science are now taught as official courses in leading universities as Tufts. Dr Arora has till now, cured over 600 patients of various body pains like, Migraine, Cervical, Shoulder, Back, Sciatica and knee pains. These pains are cured by correcting imbalance in jaw joint due to abnormal grinding of teeth. The cases have been cured over 12 years, with pain 99% of times not coming back. Rate of cure remains above 97%. Some FDA approved very sophisticated technology like computer controlled pressure sensors and accelerometers are involved in the cure.

He possesses perhaps the largest number of degrees and degree equivalent certificates imparting super-specialization level training in the country. Decorated with many Medals including lot of Gold’s. Highest entrance marks during entrance completion exams of dentistry, several distinctions holder, adorned with BSc in Physics, Chemistry and Zoology, he went on to have the 9th ranking in All India Post Graduation entrance exam and first in Residency Exam of All India Institute of Medical Sciences( AIIMS). He went on to do Residency in AIIMS and then post graduation in Endodontics, Conservative & Esthetic Dentistry from India’s most sought after Dental School- Nair Dental College, Mumbai.

Dr Sanjay Arora didn’t stop here, and took completely off beaten paths. Completed a Master Ceramist course from London, practiced fabricating ceramic prosthesis himself for his patients for five years. Perhaps three dentists could achieve this rare feet. He then ventured into super- specialization level courses in TMJ; as such super specializations are still some distance away from being adopted by universities. He ventured into Occlusion, a subject dentists shy away from, and led the nation by his key note addresses into the subject. Won several respects and statements from leading Deans and head of departments. Top stalwarts expressed their desire to be trained by him, and few compared him with legends of dentistry.

Some leading international scientists while addressing big gatherings exhorted them to ask Dr Sanjay Arora to train more dentists, and wrote for him “finest dentist-I have ever met ”Neuro- muscular, Cranio-Sacral or Tmj Sciences variously called, he devoured them from USA courses, at Bio-Research and Tek-Scan course, conferences. Dr Robert Kirstein remained his favorite. He then ventured into Epigenetics, Botox and alf Orthodontics and Inam aligners. His philosophy on Occlusion coupled with his knowledge in Physics higher than others, helped him solve the mystery of ideal occlusion which has long dogged the profession. Coupled with these super-specialization level courses he improvised his philosophy further over next twelve years and cured hundreds of patients from various body pains.

One and half years ago, while fine tuning his search for ideal occlusion and assisted by half a dozen Bio-Engineering devices ( He runs the technologically most advanced center of the country apart from being one of the largest), he stumbled upon cure of Trigeminal Neuralgia and Diabetes(Type2), while curing the jaw joint disease. This was a collateral finding and a great discovery or invention as you may call it. Number of such cured cases is increasing daily, at various levels of cure, and he is now approaching leading bodies’ doctors for conducting in-depth study into this.

He is known amongst his facebook community of doctors as somebody who found cure of “apthous ulcers” ( sadly in medical sciences recognition has to be fought for), as a great trainer, he also challenged current and evolved concepts of dental caries and gum disease and challenged it at various forums. Till date no one has rejected it, and he hopes these concepts are adopted in post graduate studies. He proposed mechanical forces behind dental caries, and a good root form, and similarly exaggerated mechanical forces and poor root form behind gum disease (Periodontal disease). He calls it “Force and Root form Paradox behind almost all dental diseases.